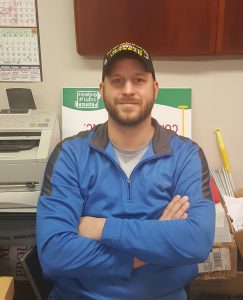 The Junior Vice Commandant (JVC) holds a crucial position within the Detachment, since he/she is responsible primarily for the recruiting and retention of members. The job goes beyond the Detachment level in that the JVC has the opportunity to find the appropriate Detachment for Marines outside his/her Detachment area, and/or identifying areas where new Detachments should be developed.

The JVC should be familiar with the operations and projects of the Detachments, influence programs, and be a spokesman to the Board of Trustees on what members and prospective members are looking for from the organization. The JVC must also be able to sell ideas and programs to the members that will assure growth of the organization; of all the specific officer assignments, recruiting and retaining members ranks at the top of the list.

CHAIRMAN OF MEMBERSHIP (RECRUITING AND RETENTION) PROGRAMS  –  The most important function to be performed by the Junior Vice Commandant (JVC) is the development and maintenance of programs for enhancing Detachment and League membership.

There are several methods and considerations for how this function can be carried out effectively. The JVC will need to make personal contact with prospective members, and with members whose renewal dates are near, or have past.         Personal letters to prospects and members may also be required.         Phone calls encouraging members and prospects to attend meetings and activities are necessary. Development of marketing material and brochures to be published by the Detachment or distributed to media sources may also be required.

The JVC will need assistance from members in the Detachment.         A committee or project may be one answer, in which the committee/project members take responsibility for various aspects of membership programs, and share in the phone and personal contacts.         The JVC needs to be adept at leading such a group, by establishing goals and objectives, and providing constant support.

The JVC will also need to contact outside groups, like Marine Corps units and other veterans organizations. In doing so, he/she must have a program to sell, and generate interest in the Marine Corps League.

Innovation is required in developing effective programs, and locating Marines in the Detachment area with which to make contact.         Recruiters, Marine units, and other organizations can sometimes help in providing such lists. Posters in prominent areas, recruiting at malls, flea markets, fairs, Marine Corps birthday celebrations, and other events are other ways to gain notoriety.

Once members are on board, the JVC needs to be interested in the participation of members – encouraging them to attend meetings and programs. He/she also needs determine if the Detachment is meeting the expectations of the member.         Once on board, the name of the game is to keep members in the League.

WORKS ON, OR PRESIDES AT COMMITTEES DESIGNATED BY THE COMMANDANT –  Normally, the Junior Vice Commandant (JVC) should be assigned to projects and committees that have an effect on membership participation and programs. Such projects/committees may include membership, events, awards, meeting programs, or other if deemed appropriate by the Commandant.

INITIATE PROGRAMS AND SUPPORT ACTIVITIES OF THE DETACHMENT – The Junior Vice Commandant (JVC) should be influential in bringing about programs and activities that meet the needs of members.         The Commandant may utilize the JVC to prepare monthly general meeting programs (other than the business meeting) that involve members, and bring interesting speakers/topics to the membership.         By contacting military and civilian speakers bureaus, there are a wide range of topics of interest that can be brought to a meeting to increase participation and attract new members.

An important aspect of bringing new members and prospects to a meeting is making them feel welcome.  The JVC can take charge of introducing new Marines, and involving them in the meeting. The JVC can also suggest to new members areas in which they can participate, and see that they are assigned to a project/committee of interest and are introduced to the chairperson.

The JVC and the Adjutant should assure that there is a current membership list with phone numbers and addresses available periodically (at least quarterly). In addition, the JVC should also maintain a list of potential members, Marine units, and other contacts, to make sure that they are welcome at meetings, events, and activities of the Detachment.

The JVC may promote special events aimed at enhancing membership such as picnics, social events, and Marine Corps celebrations.

PRESIDES IN ABSENCE OF SENIOR VICE COMMANDANT AND/OR COMMANDANT  – The Junior Vice Commandant (JVC) may be asked to assume responsibilities for the Senior Vice Commandant (SVC) in the latter’s absence. The JVC will need to be familiar with the programs, activities, and projects/committees of the Detachment, and more specifically those under the leadership of the SVC. In rare instances when the SVC and Commandant are absent, the JVC will be required to assume the leadership position of the Commandant, and preside at scheduled meetings, and participate in events.

OTHER – Other duties of the Junior Vice Commandant may include:

The Junior Vice Commandant’s position is important to the Detachment because it embodies the primary goal of the League – bringing Marines on board, keeping them on board, and perpetuating the purposes of the League.       Without members, and effective programs to recruit and retain, there is no way to assure the carrying on of Marine traditions after the Corps.